I do tend to go on about Probus walks in these pieces – but I guess that they’re an important part of the club’s activities for me and for many of our members.
The latest Probus walk started from Swinsty car park and was a 5 mile mixture of
• the familiar (around the reservoir),
• the ‘seen it before’ – but not sure exactly where or when (along the river Washburn below Swinsty dam and on the fringes of Timble village), and
• the new (how do you get across Timble Gill?). 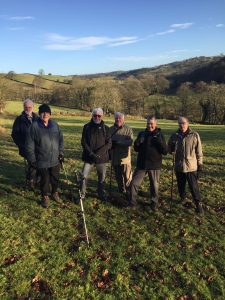 The distinguishing features of this walk were:

I’ve never seen such a variety of stiles as means of crossing from one field to another. There were:

Such diversity, offering a range of challenges for our group, made me wonder how we managed before Amazon and DIY stores were invented!

Individual farmers and local hired labour responded to each situation requiring a stile with individual, sometimes quirky, solutions. None of your ‘one size fits all’ – more ‘everyone is different’.

The Ramblers Association, and local farmers, do their best in maintaining this agricultural heritage, but it must be a never-ending ‘Forth Road Bridge’ task – like my personal To Do list!

We very rarely have a disappointing walk, and then it’s usually due to weather. This walk was voted ‘one of the best ever’ by members taking part.– and it was followed by a fine boisterous meal at the Station Hotel in Birstwith.

It is a Happy New Year! 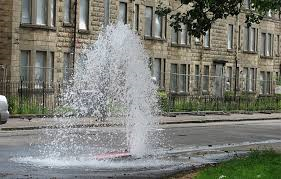 Well, it’s been a lovely Christmas. I was looking forward to a Happy New Year when I had a bit of bad luck! A plumbing incident!

Mysterious signs of damp on the kitchen ceiling from no visible source in the bathroom above. It got significantly worse, as they do, and a call to a plumber established that…. it was difficult to identify the source without putting a ‘keyhole sized’ hole in the now rather damp kitchen ceiling!

After I had signed a disclaimer, the ‘small’ hole suddenly became much bigger with a rush of water from above. A ‘snap tight’ joint in a plastic pipe in the ceiling void had apparently ‘snapped loose’ and caused all the problems!

So we’re ‘seeing the New Year in’ through a hole in the ceiling – but at least there’s no waterfall now!

It struck me that we have a load of proverbs and sayings about water – such as:

a drop in the ocean, a fish out of water, wet behind the ears, raining cats and dogs, water under the bridge, lead a horse to water etc. etc.

Obviously water is essential to life, and this is reflected in our use of water to describe human situations.
I recall Jack Nicholson’s wonderful statement to his psychiatrist in the 1997 film ‘As Good As It Gets’
‘Here am I drowning, and you’re describing water to me!’

Well, I’ve stopped drowning – now we just need to get the hole plastered up!